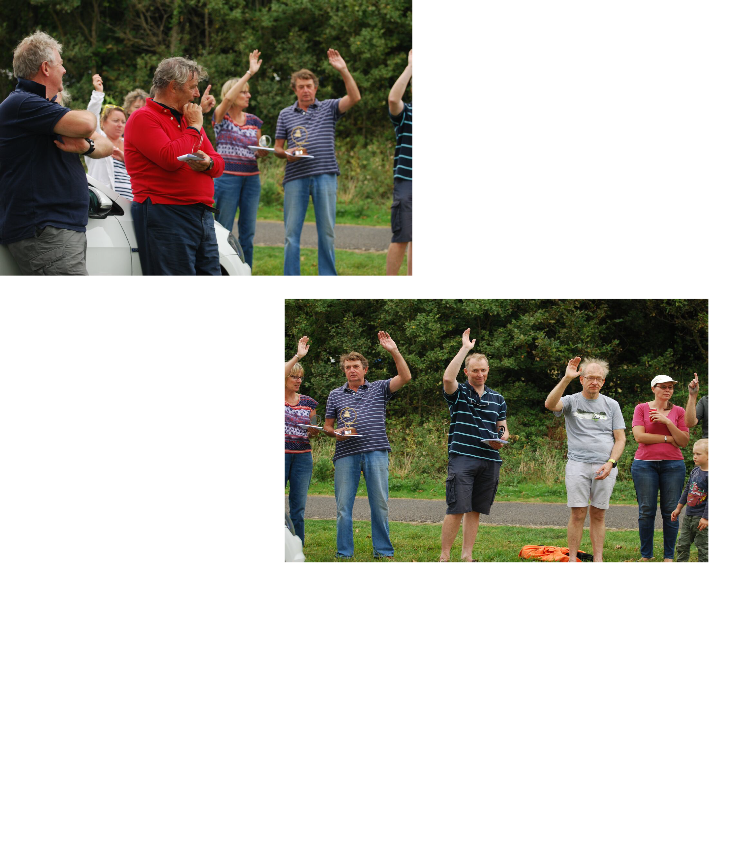 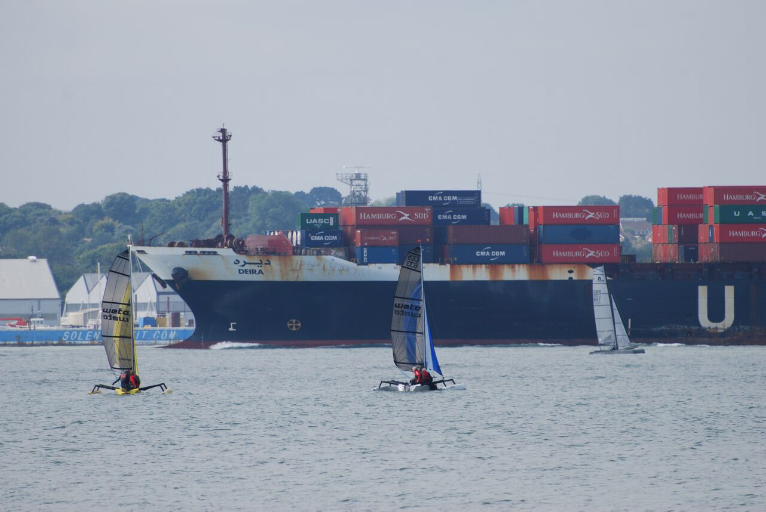 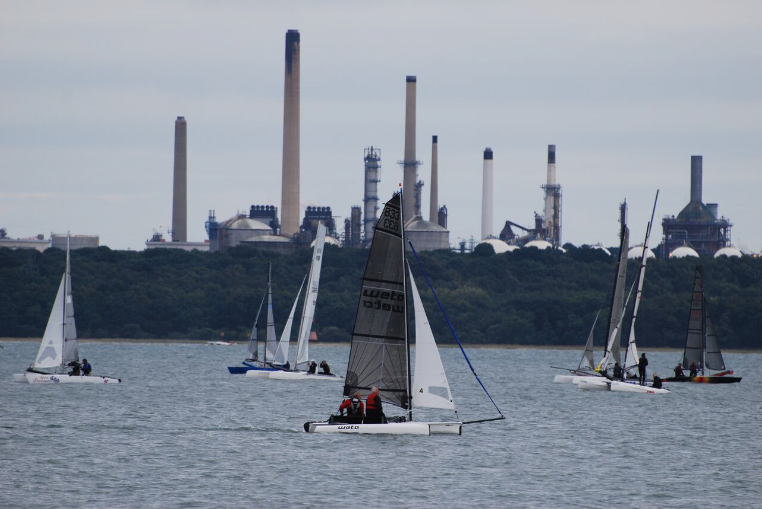 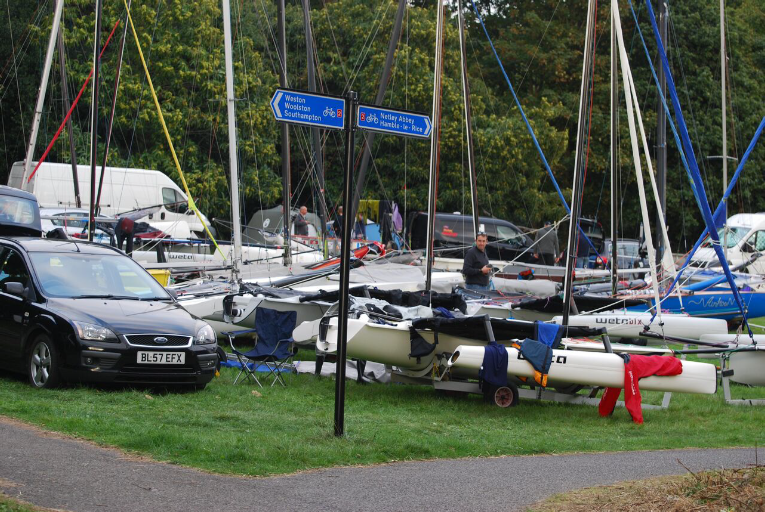 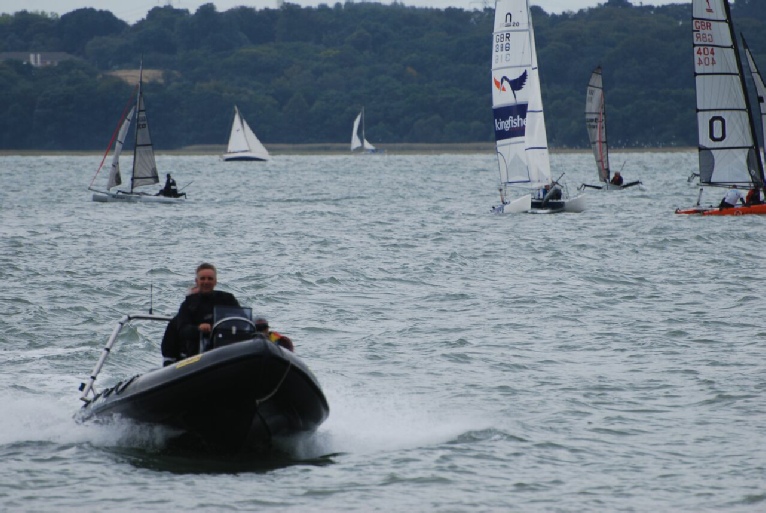 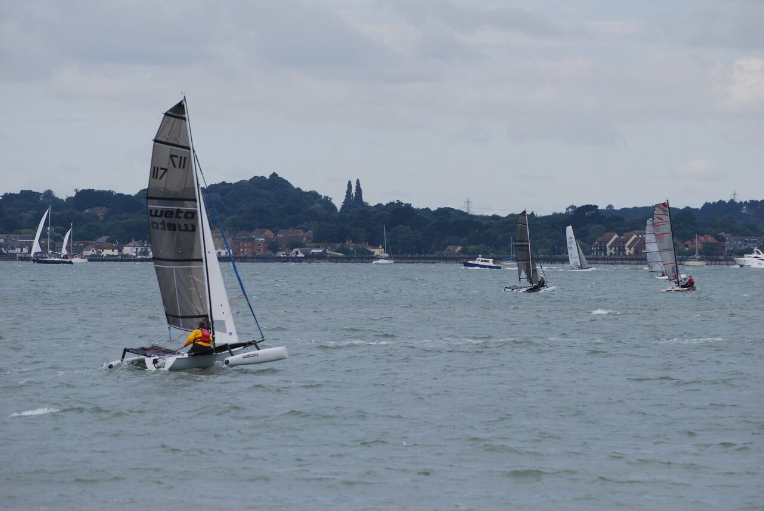 Five intrepid sailors made the journey from various parts of the country with Patrick Lyon making the trip down from East Yorkshire, Tim Jeremy, a new owner this season having bought Pete’s old boat travelling from New Quay in West Wales, John Watts from West Wittering , Chris Hodge from Shoreham and Pete Cailes from the other side of the Solent. Four of us sailed single handed and Pete had Julian as his crew who was fairly new to sailing but it is always nice to see some new faces in the class.  Hats off to Pete Cailes for having the tenacity to go ahead with the event and Weston Sailing Club for adapting the club facilities and their organisation so we could hold the event safely in these Covid times.

Glorious sunny weather greeted us on Saturday morning with a moderate to fresh northerly breeze. Because of the early morning tides there was not enough time to hold any racing on Saturday but for those who had arrived on Friday evening or early enough on Saturday morning there was just time to rig the boats and go for a sail to test the water, so to speak. What a joy to be out on the Solent in those conditions, benign enough inshore for a nice easy launch but breezy enough offshore to keep it “interesting” on a 3 sail reach. Back to shore before the water disappeared, picnic lunch and we helped the later arrivals with rigging their boats. You would think that extra hands would reduce the time it takes to rig a Weta but we spent so much time chatting it took twice as long. In the evening Anna, Pete’s daughter, very kindly did a barbeque for us all, what could be nicer on a warm summer’s evening overlooking the Solent with a beer or 2, putting the world to rights and talking Wetas.

On Sunday morning the wind was still a moderate north easterly coming over the topS of the trees from onshore as we mustered for our first race with the rest of the club racers; we were the last group to go at 10:15. Fluky winds at the start made it difficult to get to the line - never mind pick your lane - but once we had cleared the trees and the headland we were hit by the wind and lifted up to the first mark. We were accompanied by a well-sailed Aero 7 and a Laser but once we rounded the mark we were able to fly our gennakers on a fine reach to the next mark and leave them behind. It was then a gybe onto a broad reach on what was probably the windiest part of the course where you had to bear away in the gusts and come up in the lulls to get up to the mark and navigate a wind against tide chop. This is where you start running out of hands. It was then a beat to the rounding mark before tacking in fluky winds, riddled with holes, to the line. There were 3 back-to-back races on the same course with 2 to 3 laps per race in lovely sunny conditions before we had to get off the water. I know Chris Hodge had a bit of a nightmarish day with him being hooted as he crossed the line on the first race and thought he had finished when he still had another lap to go. He also had a close encounter with a lady when he “flew” his windward ama over the transom of her boat. Fortunately, she had a central main sheeting system so no entanglement and she seemed to take it in good spirit but I think Chris was shaken by events as he was only too aware of what could have happened. That evening we had a lovely meal in the local pub discussing the day’s events.

Unfortunately, the wind didn’t come out to play on Monday so we decided to pack up early, say our goodbyes and head off home after what was a great weekend. Thank you to Pete and Weston Sailing Club for putting on a great event.  The results below are based on Sunday’s 3 races:

The AGM - all those in favour?

Note the cruiser in the background with a reef! 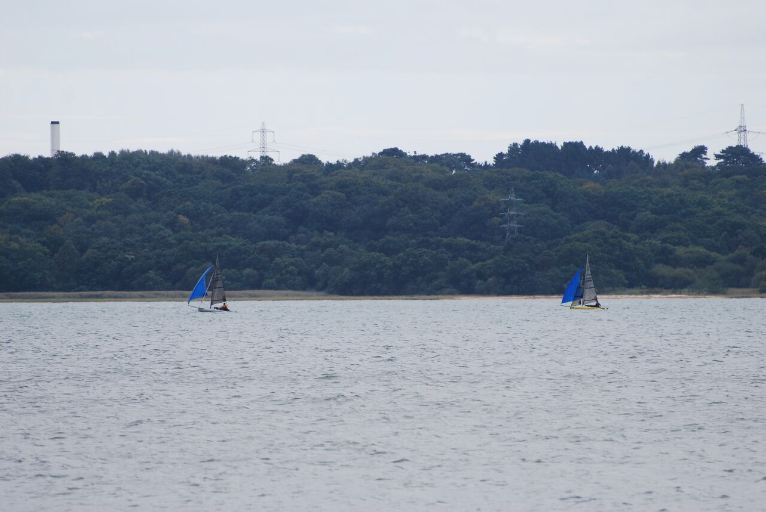 Where are we all going?

There was a small rusty green buoy about two miles back that might have been it! 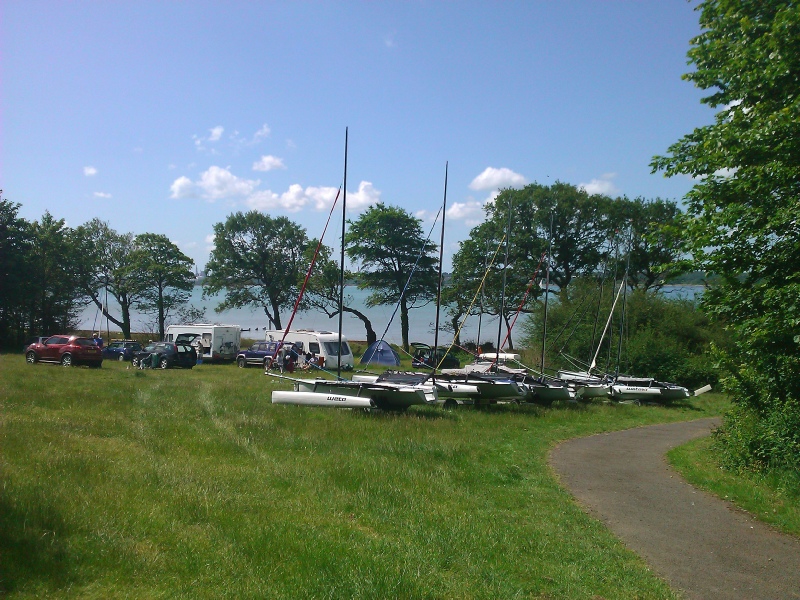 Yes it happened! Not withstanding storm, lockdown and pestilence, the Rock swarm happened - at the third or fourth attempt, mini report below……..

It seemed a bleak prospect when we started planning a sailing weekend in the midst of a covid epidemic having already cancelled it last year, but despite the social distancing, rule of 6, eating and socialising outside, we were rewarded with bright sunshine from dawn to dusk and though the wind was always a little late in arriving for the morning tides, we manage to fit in 2 races on both the first and second days. The third day was always planned to be a day for free sailing and exploring the area or a spare day in case we were not able to race on one of the previous days.

Despite the obvious uncertainties such as would the event go ahead? Would there be accommodation? Where could we eat? What would the weather be like in spring? 8 boats turned up from across the country at Rock Sailing and Waterski Club on the Camel estuary, North Cornwall. The organisation and friendliness from the club was just superb with a fish and chip super on Friday night served in the dinghy park to bacon butties and coffee in the mornings whilst waiting for the wind. There was lunch if we wanted it when we got back from sailing, all washed down with a pint or two of Doom Bar or Atlantic from the local brewery. All this was ordered and served to us at the tables set up in the dinghy park in front of the club by a joyful staff who seemed just as happy to see us as we were to be there.

Most competitors had arrived on or by the Friday and the early birds were able to get a practice sail on the ebb of the morning spring tide which was wonderful after months of lock down, if a little challenging in the 5 knot current with very little wind. Saturday morning dawned with bright sunshine but the wind gods were conspicuous by their absence. After an hour’s delay ,however, a NW breeze started to come in and Race Officer Martin was able to set a course in the channel off Padstow. The first race was a case of getting used to the conditions and for some getting out in their new boats for the first time. The wind remained light and variable for both races but there was some close racing throughout the fleet. Because the start had been delayed due to lack of wind the water was running away and I think most people touched the bottom at some stage or another.  Back for lunch and a pint in the glorious sunshine and an afternoon for beach walks but you had to wrap up as the wind, though light, was chilly. Because of the social distancing rules we could not meet indoors at all and only in groups no greater than 6 outdoors so we all had to do our own thing which was not ideal but at least we were not in full lockdown.

On Sunday morning the estuary looked beautiful with bright blue sky but mirror like water which was not great for sailing. By about 11 o’clock a zephyr of a breeze had set in and Martin set the course off Daymer Bay near the mouth of the estuary where we would have more water. The first race started in about 4-6 mph of wind on a simple windward / leeward course but the conditions were anything but simple with speed boat wash shaking the wind out of our sailsand trying to get the right angles down to the leeward mark against an ebb tide proved tricky. Once again there was close racing throughout the fleet with literally a photo finish between Steve Tonge and John Watts. For the second race the wind was a little steadier at 6-8 mph with the odd gust up to 10-12 mph. The added breeze was welcome as the current was getting stronger and we were actually planing on the downwind legs. We just had enough water to get to the sailing club after the race for a welcome drink, quick change and prizegiving.

This event was originally supposed to have happened last year but due to Covid was postponed. Paul White, one of our Weta sailing friends from Australia was due to have come over for last year’s planned event and would have come to this year’s event but was prevented because of the restrictions. He was a great help in the social media side of putting this event together but we were lucky enough to have his sister Erica in Rock and she very kindly presented the prizes.

A special thank you to Richard Smith and his team at the sailing club for looking after us so well and making everyone feel so welcome. Also to Martin and his wife Lynne in the committee boat with Peter Pollard who did the photography for the weekend.

…. Please pass on our thanks to the club and make a point to thank the manager and staff who were outstanding……

….. such an enjoyable Weta event - good company, lovely area and a most helpful sailing club. I look forward to another event in Rock. All the best, John.

….. I totally agree with all of the above. Thanks.

….. Highly enjoyable to meet everyone and to sail in such good company …. looking forward to next year already.

… Very enjoyable. Look forward to the next event. 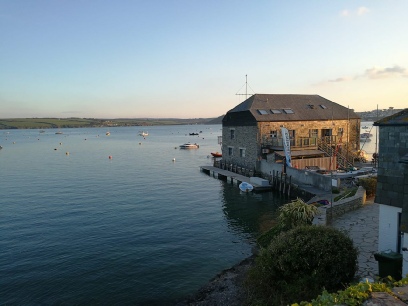 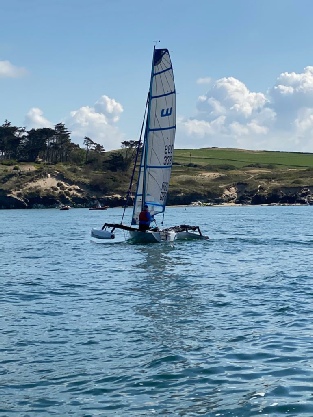 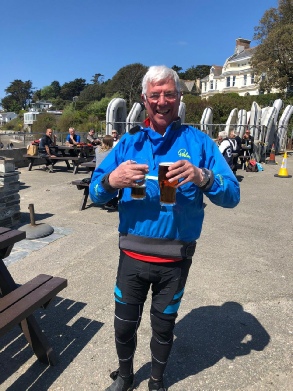 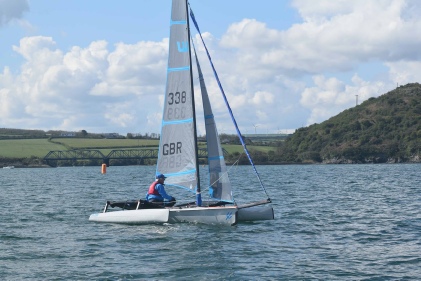 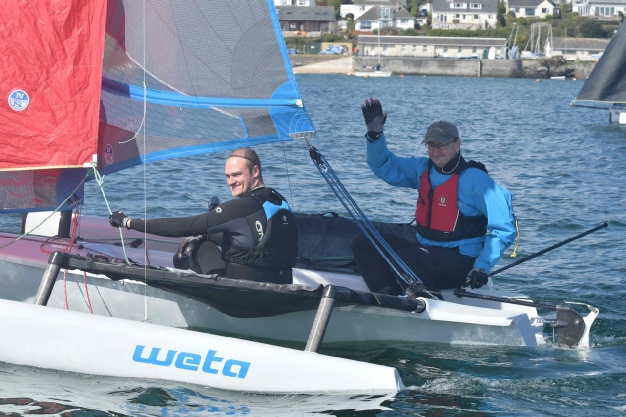 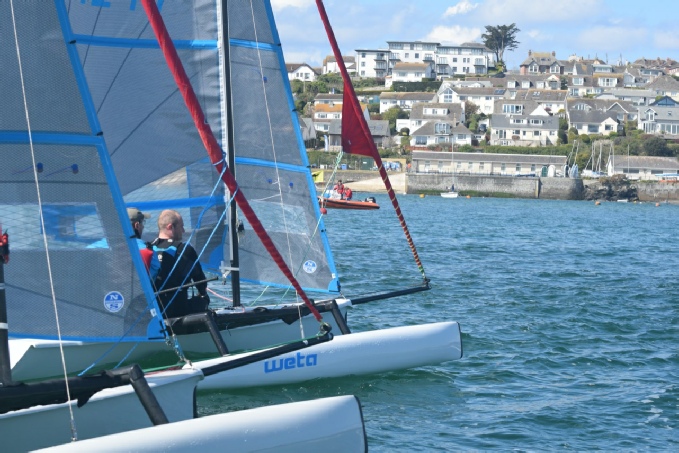 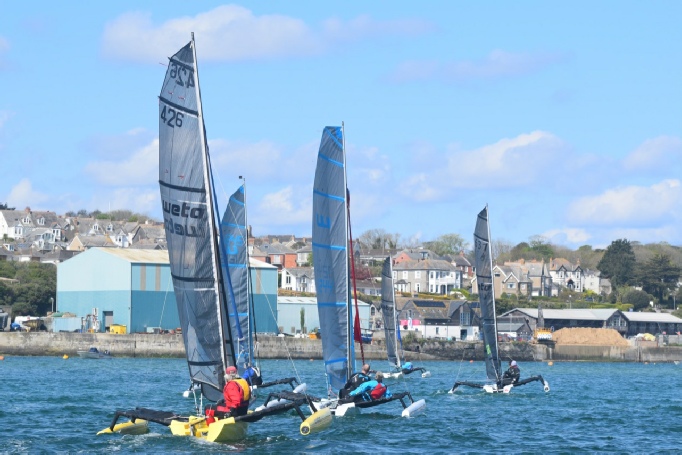 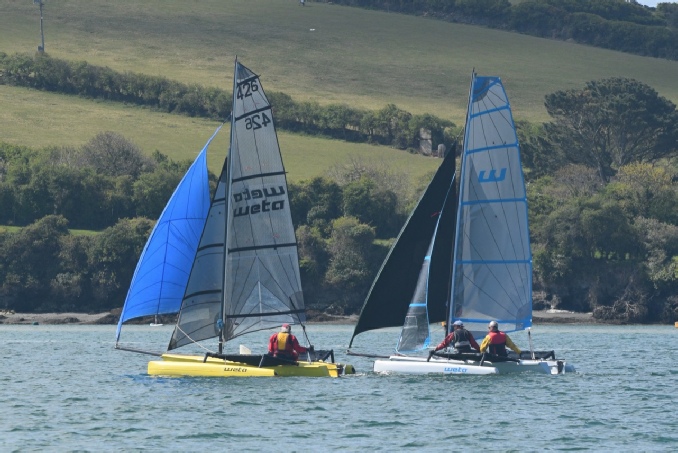 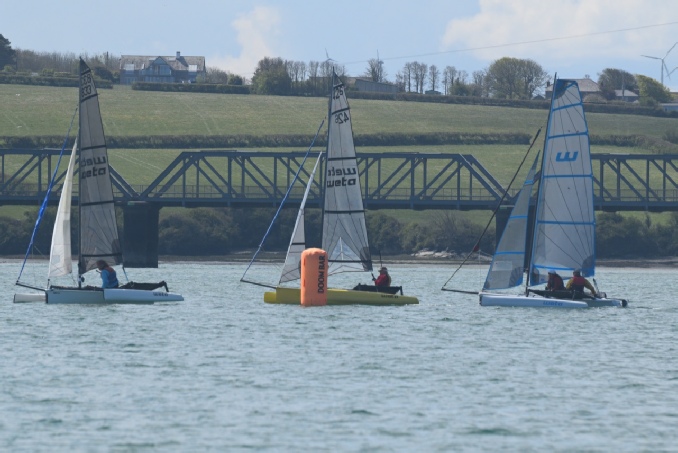 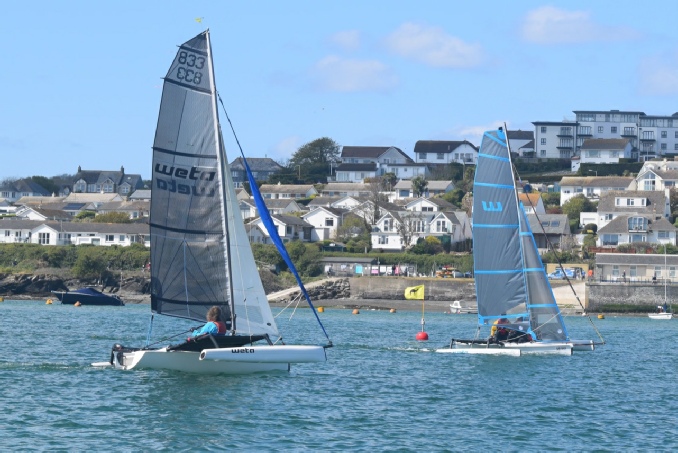 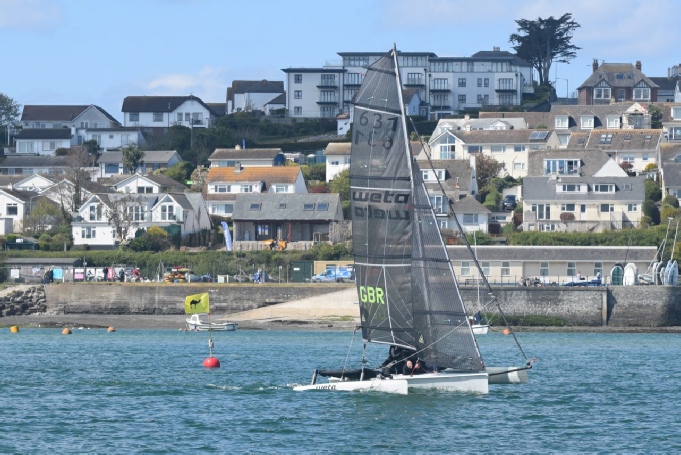 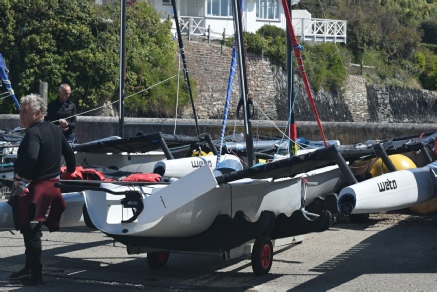 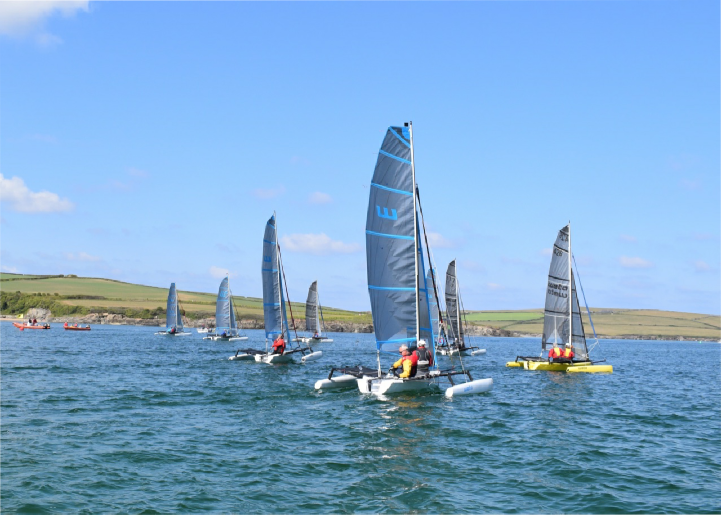 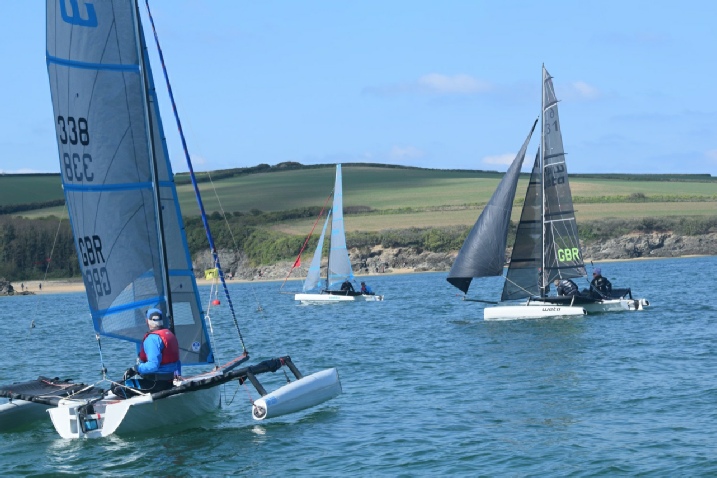 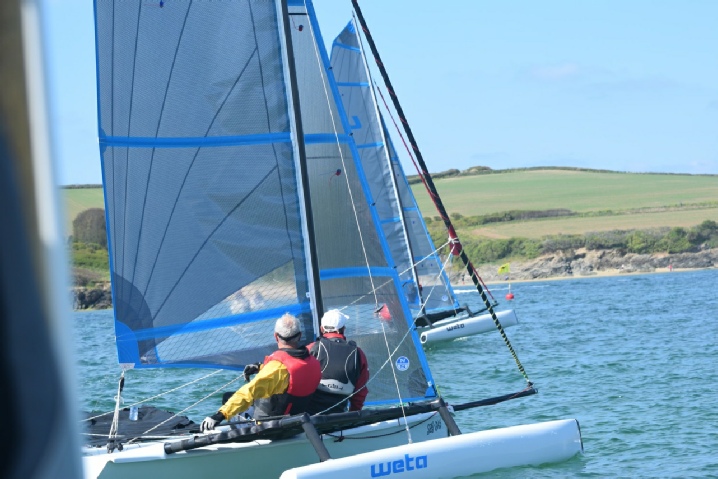 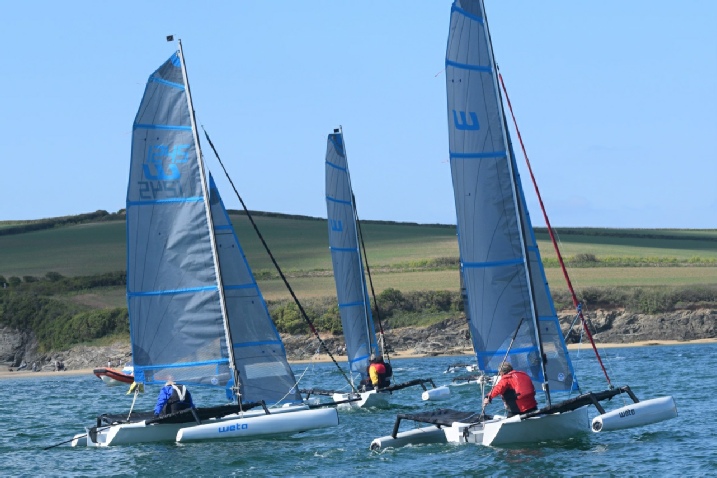 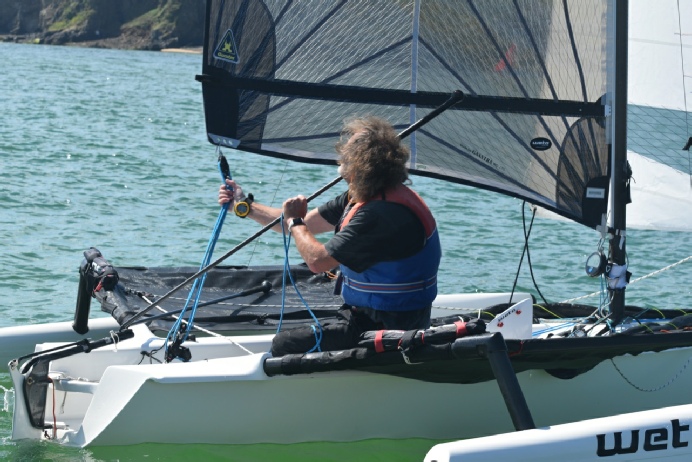 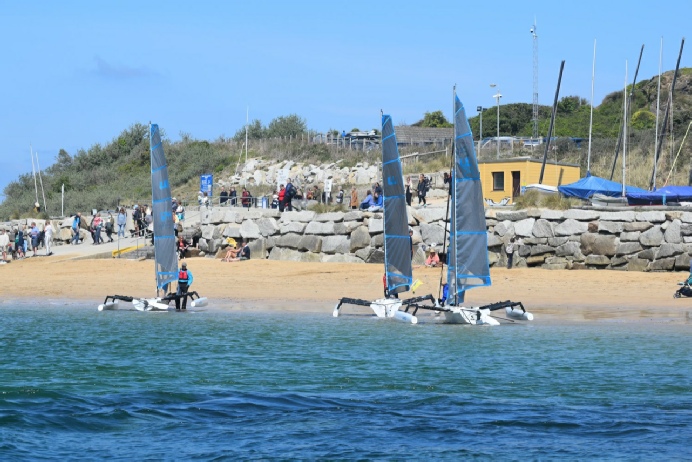 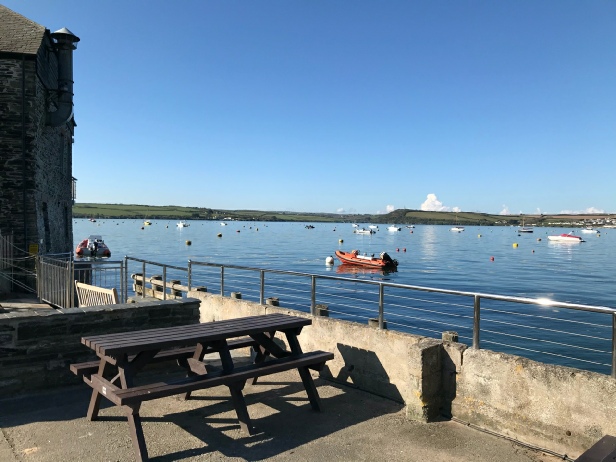 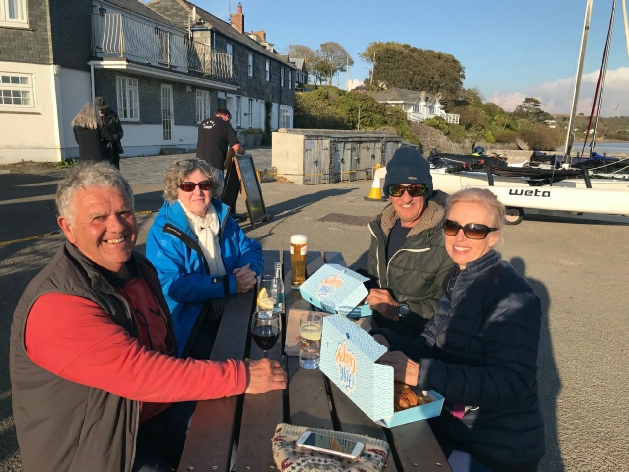 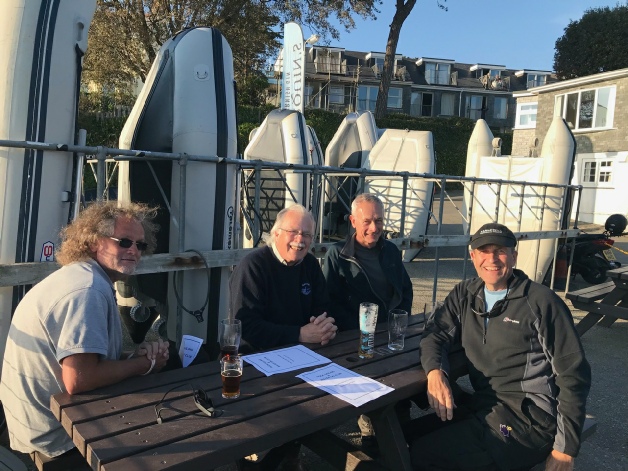 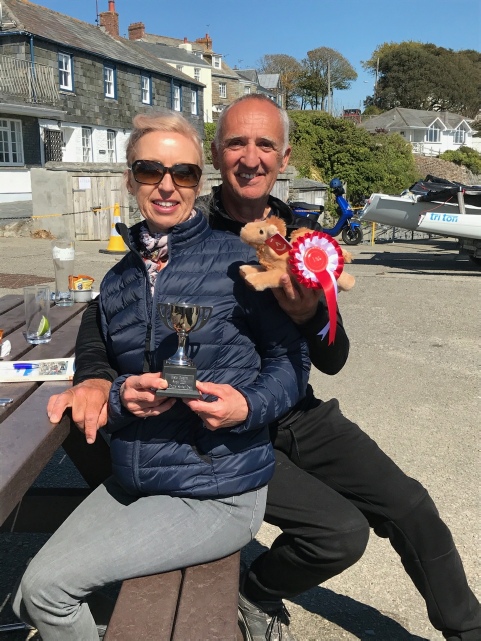 Patrick Lyon afloat in 338 and ashore with beer in hand

Boat on boat action as Steve Tonge and Andrew Greenaway try to pass Charles Fergusson to Leeward (no chance!)

Tim Jeremy leading Charles and Steve round the leeward mark

Above. Lynne (helm) and Stuart Swan making their way towards the windward mark with Padstow in the background

Left. John Watts like a coiled spring waiting for the wind to appear on the Sunday morning

Lynne and Stewart Swan - winners of the double handed class

Rick  Stein’s in Padstow or fish and chips in Rock? No contest! John and Chris Watts waiting to be served while Lynne and Stewart tuck in.

Well you wouldn’t think that local geographical features include the Doom Bar and Morte Point. Waiting for the wind to fill in on Sunday - while the tide ebbs away!

Tim Jeremy flicking out an inverted batten in the light breeze (now legal in the new rules as long as you don’t go faster!)

Pete Cailes following John Watts and Steve Tonge across the line at the start of the last race.

ROCK SWARM 2022 As we take down the Christmas decorations and start coming out of hibernation I thought I would give you a heads up on the “Rock Swarm ’22” due to take place at Rock, N. Cornwall from Friday 8th July to Sunday 10th July.

Rock Sailing and Waterski Club (RSWSC) will be the hosting club and below are some of the outline details:

A number of us will be staying on for 2-3 days to sail and enjoy all that N. Cornwall has to offer